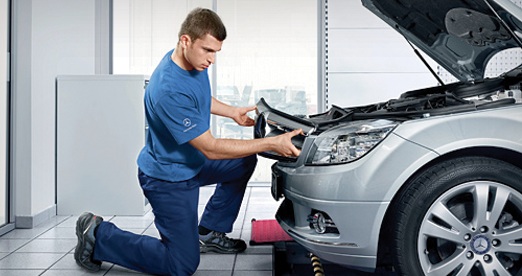 If you own a vehicle, you know that eventually you’re going to have to maintain it, but what are the things that you need to look at for your new Mercedes? Every different model and make of car has its own set of issues, so here’s a look at some of the more troubling issues Mercedes drivers might have to look out for, or they’ll have to look for a shop that does Mercedes Repair.

The 2007 Mercedes-Benz E350 had several complaints lodged against it when people came forward stating that when they filled up at the gas station, the fuel tank leaked fuel until they drove enough for the fuel level in the tank to go down. Apparently this problem didn’t manifest itself until they had driven approximately 85,000 miles, but when they got there, it cost around $3,000 to fix.

The 2006 Mercedes-Benz ML350 had a notorious issue with the Balance Shaft Sprocket being defective on the earlier W242 engines that were sued in the car. This caused issues with the transmission and, at its worst, wouldn’t even allow the car to turn on. Several people complained that it happened after the warrantee on the vehicle expired, so it wasn’t covered by Mercedes for the repairs. Some people even mentioned having to paid upwards of $6,000 in order to fix the issue.

Rust is a big concern when it comes to Mercedes. Apparently it’s common to find it on the inside of the driver compartment, along the edges of the doors, and behind the license plate. Rust can be a big issue because it can end up compromising the structural integrity of the car’s body, not to mention lower the resale value of the car itself. Make sure that you regularly check your Mercedes for rust and make sure that you wash the vehicle regularly, especially when driven in salty or sandy conditions.

In all of its models, the engine mounts that Mercedes uses are filled with oil. The oil helps ensure that the vibrations from the engine aren’t transmitted to the cabin via the structural components of the car. When the car has been in use for a while, the engine mounts will wear thin and the oil can leak out. Once that happens, most drivers describe feeling a rattling or shaking when the car is idling or in drive. This issue isn’t’ that expensive to fix, but it does take 4-6 hours to complete the repair.

Not all Mercedes are equipped with this feature, which uses air-filled bags to regulate the suspension instead of the traditional struts and shocks. It offers a smoother ride, but it can be prone to failure. It was a much bigger issue when the system first came out, due to part shortages that raised the market price, but now it’s not as big a deal since there are plenty of after-market parts and they’re reasonably priced. Still, if this system fails you’re looking at a decent chunk of change and several hours in the repair shop.