Oct 19, 2016Marcel HenryAutoComments Off on A Quick Guide to Replacing Car FiltersLike 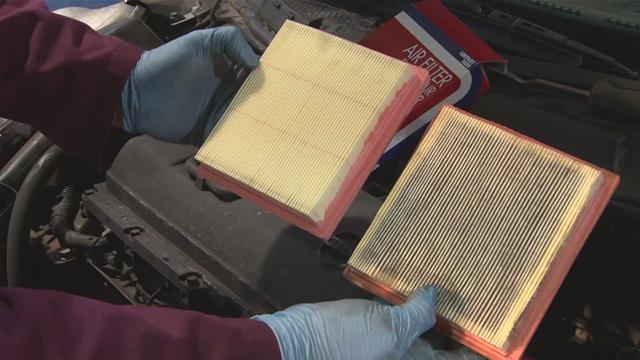 Keeping the various fluid filters which your vehicle uses clean is essential to keeping it in good working condition, but it’s a job which is too often neglected by drivers.

Lots of people take the point of view of ‘out of sight, out of mind’, but the truth is that clogged filters will increase your fuel consumption and could even result in an unexpected breakdown as well as voiding your warranty.

For more information on what a clogged filter will do to your car, check out this post from ACGO Automotive Corporation.

As you might expect, the function of the oil filter is to keep your vehicle’s engine oil clean, prior to it being pumped around the engine.

The filter removes larger particles such as carbon and metal shavings which could damage the vehicle’s parts further down the line.

Generally speaking, your filter should be changed every time you change your oil, which will vary depending on your car and how you drive, although Cox Motor Parts suggest every 3,000 miles or every three months, whichever comes first.

If you don’t change your oil filter and it becomes blocked, most vehicles have a bypass valve which will allow the dirty and unfiltered lubricant to travel around the engine.

Most engines will also have what is known as an anti-drain-back valve, which prevents lubricant draining out of the filter.

If your engine oil pressure light remains on for longer than a couple of seconds after a cold start, your filter may be missing an anti-drain-back valve which will lead to increased engine wear.

When purchasing an oil filter, it’s very difficult to know if you’re going to be getting one which fits with the specifications of your manufacturer, so we’d always recommend going to an official dealership where you can pick one up for around £5-£15.

Your car’s engine acts like a vacuum, sucking in large quantities of air while it’s running. As such, vehicles have a paper filter to clean up this air, and they’re very simple to change.

If you don’t change your air filter regularly, it will clog up and make your engine have to work harder as it struggles to burn oxygen.

This will lead to increased tailpipe emissions and could allow impurities to enter the engine and damage the mass air flow sensor, which relays air flow information back to the engine.

Again, how often you replace the air filter depends on your vehicle but it should usually be between every 15,000 and 30,000 miles, according to Testing Autos.

The petrol in your vehicle can become contaminated by sediment from the bottom of storage tanks and also by your own fuel tank rusting in older models.

Most large particles get caught by an initial filter within the fuel pump although an extra filter is usually fitted to catch the smaller particles.

These filters are usually found underneath the car, as opposed to under the bonnet and have a much longer service interval, as long as one to two years according to this post from Angie’s List.