What Is a Paintless Dent Repair?

Apr 09, 2017Marcel HenryAutoComments Off on What Is a Paintless Dent Repair?Like 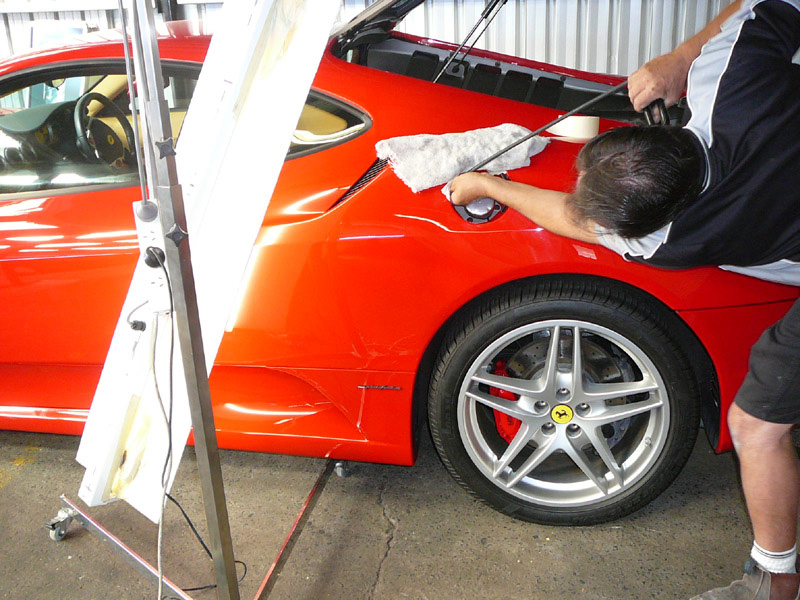 In the past, you may have paid a great deal to get rid of a dent. However, this type of repair cost can now be minimised. That is because body damage on a car can be removed with a paintless dent repair. Whilst this type of repair does not work for a dent situated near a panel edge or on a seam, it does work for dents that are not deep or sharp. Because there are a number of benefits associated with this upgrade, a paintless dent removal is a popular choice for businesses and consumers alike.

Indeed, a paintless dent removal offer several notable benefits that cause a traditional body repair to quickly become obsolete. For one thing, this type of body repair can be completed in a time frame of just a few minutes to several hours. That is because paintless dent technicians do not have match paint colours when doing the work.

Whilst traditional methods of body repair still need to be facilitated to fix creasings or deeper dents, a paintless dent repair (PDR) can take care of the damage when only mild or moderate denting occurs. PDR tools are used to locate dents, reshape auto metal, and transform a car’s exterior to its previous pristine shape.

Indeed, PDR is a cutting-edge technology, as it can be used to reshape your car’s body without leaving any indication that the auto had been damaged in the first place. That is why this type of repair is considered more cost-efficient than conventional dent repair. As a result, a panel beater in Perth can repair all sizes of dings, including some that are the size of coconuts. As noted, you also do not have to repaint, which removes the stress of trying to match paint colours.

Most of the PDR fixes can be completed in one day. In addition, if you have an antique car, or own an auto from the 40s to the 60s, you can have the repair made without worrying about reducing the car’s value. That is because the dents that are removed are eliminated forever. Once a panel on a vehicle is repaired, it retains its former strength.

Again, a PDR is more cost-efficient than a traditional body repair. For example, a smaller dent, whose depth is about 2.54 centimetres, can be accessed easily and fixed for a very reasonable cost. The repair also costs less than the deductible for your insurance. As a result, people do not have to use their insurance to pay for the repair and are thus able to maintain a lower premium.

As the name implies, you do not have to paint over your vehicle’s existing paint when you have a PDR. Therefore, you can maintain your original paint job, which is a major advantage if you wish to sell your vehicle. Plus, using PDR to remove dents and dings will keep any vehicle damages off of history reports. So, if you want to increase your car’s resale value, this is the repair to make.

Again, because you do not need to use any paints or solvents, you also keep the environment safer. Therefore, the practice stands in contrast to other auto repair techniques whose efficiency is often dependent on environmentally detrimental chemicals.